Jump to content
[[Template core/front/global/updateWarning is throwing an error. This theme may be out of date. Run the support tool in the AdminCP to restore the default theme.]] 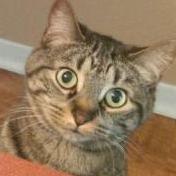 I just tried to contribute a little for our Mitsubishi section.

little or no changes on any PLC. For those who don't have

software I provided pdf version of the printout (it doesn't

such a long time...). Maybe someone will like screenshot version...

Sequencer is counter based. This imaginary machine uses only three

there is pair of photoeyes and it even controls two conveyors.

Load conveyor runs until part reaches photoeye then it waits for

enough to make room for next part and then stops.

Program sections include alarms sequencer etc and has

auto manual and step mode. Step mode is same as auto but

troubleshooting. I hope someone will like it because it took me

to make those pdfs.

1 person likes this
Get Support